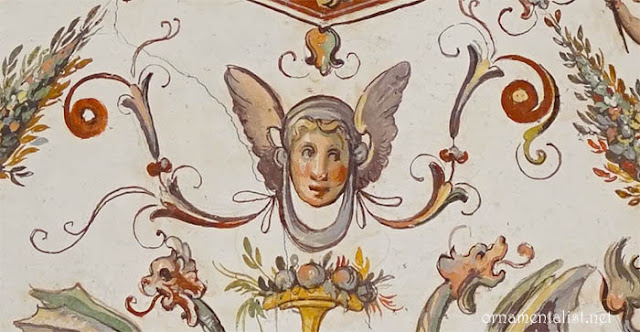 The ancient cobblestones in this ancient city are famously treacherous.  We've had a very interesting week figuring out how to navigate with a wheelchair; how to manage 135 stone steps up to our flat on crutches; and how to rest a camera on a crutch while photographing a ceiling.

The universe is telling me to slow down and look where I am going. One stone step at a time.

In which we go back, in order to go forward.


I was trying to recall the last time I was truly happy.  I think it was three years ago, before all this happened. I had spent a year planning my sabbatical in Florence, and then learned my father had cancer.  His treatment was encouraging, and so we were encouraged to go.  "What else are you going to do?" my father asked me "sit around here and watch me drool?"   And so we passed three months in a rainy Tuscan winter, while I sought out material for my book.  When I called each morning,  my father assured me that despite any rumors of his demise, he was not yet dead.  He and my mother were genuinely interested in what I was doing, shared their own travel stories, asked me for specific photos, told me their news, sometimes bad news.

We made the most of our time, well aware of how limited it was.

Later that year, my father died. And then all too soon after that, my mother got cancer, and all too soon she also died.  My family had to move out of their home in what felt like a terrific hurry.  During all this I could see the avalanche coming and I knew I could not outrun it.  And so I let it wash over me, and bury me, and bury my ambitions and my dreams and my joy, and pretty much everything else.  Every movement required immense effort and caused incredible pain. And so I just stayed there under all that grief, living each moment of it in great detail, until I could no longer breathe.

Where was I before that? In Florence I think it was, three years ago.  And here I am again.