Inside the Walls of Lucca

A day trip to Lucca, an ancient city wrapped in Renaissance-era city walls.
After so many weeks of intensive living in Firenze,  the differences of Lucca were to me absolutely charming. Everything about Lucca feels older and more peculiar than Florence.  A smaller, less crowded place, it feels rather open and still, preserved and isolated by its history as well as its fortified walls.

The facade of San Michele in Foro utilizes dozens of ornamental columns salvaged from the ruins of the nearby roman-era amphitheater, and a further collection of patterns in the spandrels above them, while the base and entrance is light and simple, and even modern-looking.


Around the Piazza Anfiteatro, which still retains the shape of the Roman amphitheater whose foundations are still hidden beneath it, the homes are built with the memories and stones of many eras.


Another mysterious white facade, San Fredanio is capped with a breathtaking Byzantine style mosaic.
Inside, a collection of dream-like scenes tell the story of the  Volto Santo di Lucca, which miraculously found its way to Lucca in 742 AD. This corpus statue was reputedly carved in cedar by Nicodemus, all except the face, which was completed by an angel after the sculptor fell asleep. (This statue is now kept in spectacular fashion in the Duomo di San Martino.)
Housekeepers and those who have lost their keys come to pray to St. Zita, whose body rests enshrined in a glass coffin.
Nearby, an empty chapel is filled with light and faded frescoes.
The fortifications of Lucca never saw any action until they were converted into a park for biking and strolling and taking in the view. Erling remarked at the endless fun a 10 year old could find in the battlements and tunnels.  Of course we enjoyed exploring them, too.

all photos in this post by Lynne Rutter, Lucca, Italy, March 2014
click on images to view larger 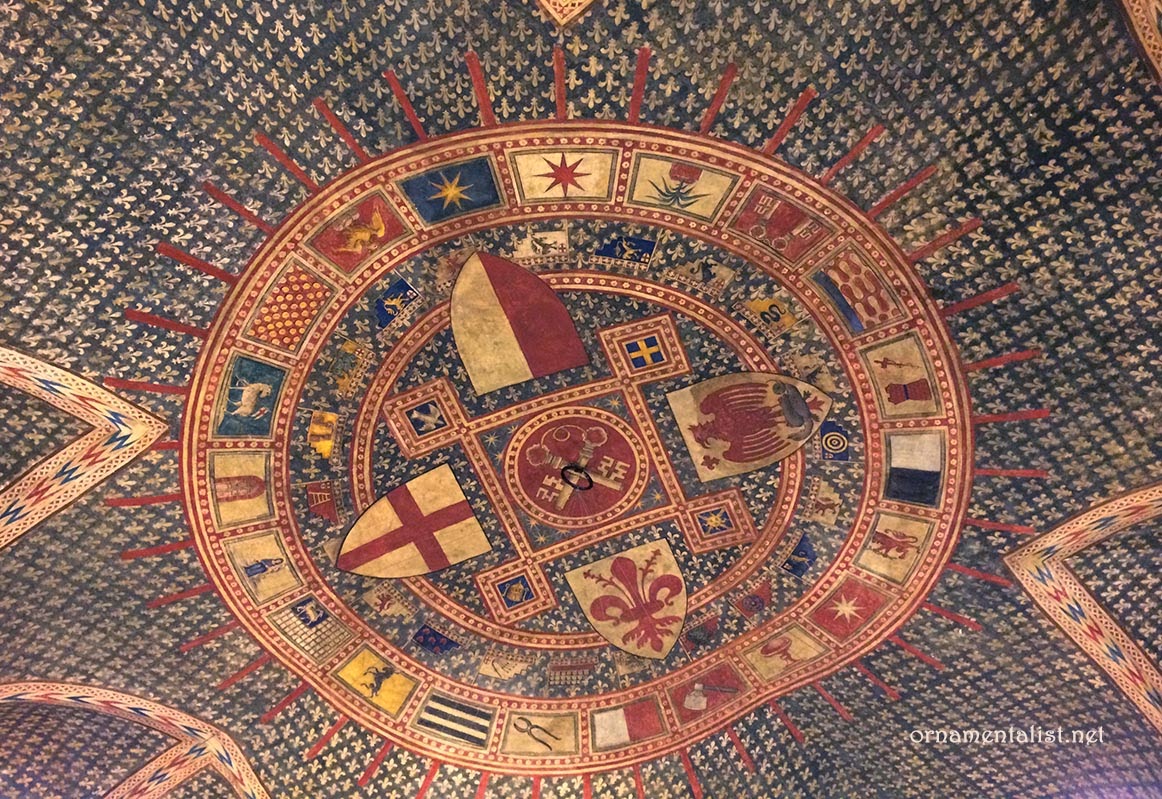 It's carnivale time, there are a lot of kids in costumes roaming about, and the streets are sprinkled with confetti.
*
A sunny Sunday I am walking around Florence with Erling, listening to him talk about Dante, whose name and remarkable profile mark everything from  2 euro coins to statues and pizzerias. Ah, eternal fame.  Nel mezzo del cammin di nostra vita... as recited by Ruth Draper, naturally.
*
Today I am once again in mourning over the loss of someone from my past and taking it a bit too hard.  What this is, I tell myself, is nostalgia.  I miss being young and audacious, careening around Florence late at night perched on the handlebars of a rented bike recklessly peddled by my lover.  Seeing the places where I once cavorted so freely breaks my heart.  What is the source of the sadness in nostalgia?  Is the loss of my first true love, or merely the loss of my youth that I mourn?
*
Now I watch my step on the stone pavement, holding Erling's hand to steady my balance.  The bells in the campanile of the Badia are ringing.  Someday I will be nostalgic for this moment.
*

The darker side of Sunday's outing by Erling Wold.